Two students were killed in when the school bus they were riding in flew off the 610 South Loop at Telephone Road in East Harris County. The driver and 2 other students were transported to area hospitals with serious injuries. Our thoughts and prayers are with their friends and families during this difficult time.

The violent crash occurred Tuesday morning while the bus was transporting students to school. A spokesman with the Houston Police reported that it appears the bus was clipped on the driver’s side by a Buick LaSabre. The bus driver appears to have overcorrected which caused the bus to flip over a guardrail and onto the roadway below. The car’s driver has been identified as a Houston school teacher by the Houston Independent School District (HISD). She was not injured and no charges have yet been filed pending further police investigation. The police are interviewing witnesses and will review any footage recovered from the 7 security cameras inside the school bus.

It has also been stated that the guard rail which collapsed under the weight of the school bus causing it to fall off the roadway, may have not met safety standards. TxDOT is now investigating the guardrails and bridge at the site of the accident.

The school bus driver has a clean driving record for the 3 years she has worked for HISD. She was transporting students to Furr High School. One of the dead victims was a student there, while the other child killed was attending REACH Charter HIgh School located within Furr. The 2 children injured were also students at REACH, an alternative school.

While the police work at determining if anyone is to blame for this violent crash, we can’t help but wonder about the safety of children riding inside school buses.

According to the HISD, the bus involved in today’s deadly accident was purchased new in 2008. In June, the bus passed a maintenance inspection. This bus had safety features including a crush-proof ceiling and compartmentalization, an interior design concept to minimize impact and injury. It was also equipped with seat belts, but it is not yet known if any of the students were using them at the time of the crash.

At a press conference shortly after the bus accident, Nathan Graf, HISD Transportation General Manager, said the around 50% of Houston’s school buses are equipped with lap belts. Use of the belts by students is not mandatory. “Lap belts are optional because it’s difficult for bus drivers to enforce,” said Mr. Graf. That means only about half of the 34,000 students that ride in more than a 1000 HISD buses everyday have the option to wear a seat belt.

So the question remains. Should all school buses have safety belts? While it is known that seat belts save lives when worn in cars and trucks, it appears that may not always be the case in school buses.

The National HIghway Traffic Safety Administration (NHTSA) recommends lap or lap/shoulder belts only in small buses(10,000 lbs or less). In larger buses, they have decided that the use of “compartmentalization” such as is used in HISD buses, is the best crash protection. With these strong energy-absorbing seats, they feel that buckling up passengers is unnecessary. The National Education Association agrees with this conclusion citing concerns if seat belts are made mandatory including:

On the other side of the coin, some argue that safety belts should be mandatory in all school buses. In June 2006, Beaumont ISD was the 1st school district in Texas to put lap/shoulder belts in all new school buses. This came about after a motorcoach crash that killed 2 students and injured others, members of a traveling soccer team.

So should it be mandatory to put safety belts on every school bus? Is Houston ISD right to make usage of belts optional? We don’t know if the students killed and injured in this latest bus accident were wearing seat belts or even if they would have helped. One thing we do hope, is that this question is carefully evaluated by all Texas school districts. Any measure that ensures our children’s safe passage to and from school needs to be everyone’s 1st priority. 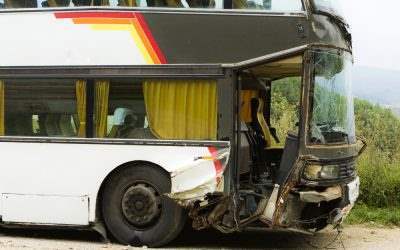 Motor Vehicle Accidents, Personal Injury,
I Was Injured While Riding As A Passenger On A Bus, Who Can I Sue?Continue Reading » 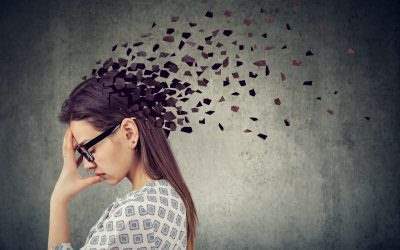 Personal Injury,
What Are The Effects Of Traumatic Brain Injury On Your Financial Situation?Continue Reading » 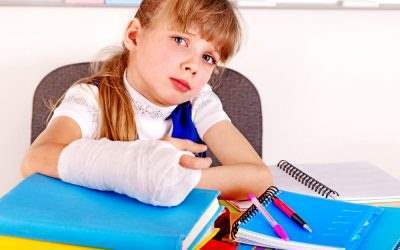 General, Personal Injury,
My Child Was Injured At School – Can I Sue?Continue Reading »