On Monday, March 26, a study was published which proves that the oil from the BP oil spill of April 2010 is linked to the injured and dying corals in the Gulf waters. The damaged coral reef about seven miles southwest of BP’s Macondo well was covered in a black, heavy mucous material.

Researchers from Penn State University, Temple University, Woods Hole Oceanographic Institution, and the U.S. Geological Survey published their findings after studying the Gulf waters coral communities in the Proceedings of the National Academy of Sciences.

The scientists discovered the once brightly colored coral in October 2010 and suspected that the BP oil spill might be the culprit. Oil is naturally found in the Gulf so it was necessary for the research team to pinpoint the source of the slow death of the 54 coral communities.

Oil is Found to be From the Deepwater Horizon Explosion

Oil is made up of complex mixtures of chemical compounds and in order to determine the source of the oil, it was necessary to separates the compounds by their molecular weight. This analysis, along with reviewing the images taken at the site of the coral communities allowed the researchers to determine that the oil did indeed come from the over 200 million gallons of oil that originated from the well involved in the Deepwater Horizon drill rig explosion and BP oil spill in April 2010. The oil poured into the Gulf waters for almost three months before a cap was placed on the well.

Long Term Effects on Animal Life in the Gulf Unknown

According to the lead author of the study, chemist Helen White, the effects of the BP oil spill were more far-reaching than surface oil spills. “We would not expect deep-water corals to be affected by a typical oil spill. But the sheer magnitude of the Deepwater Horizon oil spill makes it very different from a tanker running aground and spilling its contents.” “These findings will have a significant effect on deep-water drilling, and on the monitoring of oil spills in the future,” White says.

Whether the coral will recover is unknown. The bare skeletons covered in loose tissue do suggest however that the BP oil spill has had a serious impact on animal life in the Gulf. The damage to the coral located 4300 feet below the surface of the water may indicate that other areas of the Gulf. 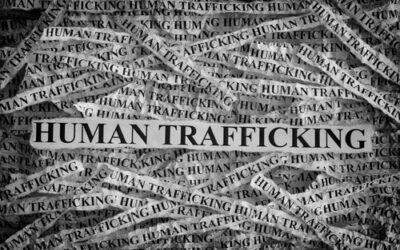