If you have had a hip replacement, you may need a DePuy hip replacement lawyer. On August 26, 2010, DePuy Orthopaedics, Inc. officially recalled two defective hip implant systems, the ASR Hip Resurfacing System and the ASR XL Acetabular System. The recall was ordered by the U.S. Food and Drug Administration (FDA) after receiving a high volume of complaints from patients that had received one of these defective DePuy hip implants. The New York Times* recently called the DePuy hip implant recall “The most widespread medical implant failure in decades.” After the recall, thousands of the estimated 93,000 all-metal hip replacement patients contacted a DePuy hip lawyer to find out if they may have a claim against the hip implant manufacturer. DePuy is a subsidiary of Johnson & Johnson.

The DePuy ASR XL Acetabular Hip System and DePuy ASR Hip Resurfacing System have a 12 to 13 percent chance of failing within five years based on data from the National Joint Registry of England and Wales. In some cases, the DePuy ASR hip replacements failed after just a few years. Hip replacements are typically expected to last around fifteen years. A DePuy hip lawyer can help you determine whether or not your hip replacement system is at risk. The ASR systems were recalled due to a flaw in the design which can cause excessive friction between the metal parts. As a result of this flaw, the DePuy hip replacement products can loosen, causing severe pain, tissue damage, and even degeneration of the hip bones. The design flaw can be responsible for friction between the metal hip replacement parts which may then introduce excess cobalt and chromium ions into the patient’s blood stream. The risk of complications with the defective hip implants is highest for those patients with small stature, such as women, and for patients with weak bones. Contact a DePuy hip lawyer if your replacement is causing you pain or if it has been replaced sooner than expected.

The recalled DePuy hip replacement systems can cause:

Contacting a DePuy hip lawyer will help you to obtain compensation from DePuy for your additional medical costs, lost wages and suffering. The DePuy metal-on-metal implants were faulty and in some cases the recalled implants have failed after just a few short years.

The Pinnacle hip replacement system was approved by the FDA in 2000 and is the predecessor to the recalled ASR and ASR XL systems. The two hip replacements systems, the Pinnacle and the ASR, are both metal-on-metal implants and are of similar design. While the Pinnacle has not yet been recalled, it is possible that a recall could be issued in the future. Patients that have received a Pinnacle device are also at risk for severe pain, loosening of the implant and metal toxicity. Because the Pinnacle is another all metal implant, many patients fitted with this system have had to endure painful revision surgery. The FDA has been evaluating this system as well as all other metal-on-metal hip replacement devices.

Up until the DePuy recall, metal-on-metal hip implants were used in almost one-third of the approx. 250,000 hip replacements done each year in the US.

It is important to be aware of symptoms of metal toxicity (metallosis) if you have received a metal-on-metal hip replacement. Effects of metallosis are not limited to the hip region only so it is important that you note any changes to your general health and speak with your medical professional if you have symptoms or changes in:

Patients who have received a metal hip implant, especially the recalled DePuy systems or the metal-on-metal DePuy Pinnacle system, are encouraged to discuss the possibility of a lawsuit with a DePuy hip lawyer before it is too late to make a claim.

Because of the FDA ordered DePuy hip replacement recall, many patients are finding themselves wondering whether or not they may have a claim. A DePuy hip lawyer can help you evaluate your particular situation and help you determine whether or not you should file a lawsuit. At D. Miller & Associates, PLLC, a nationwide law firm dedicated to helping our clients receive justice, our experienced DePuy hip lawyer might claim that DePuy knew that there was a flaw in the design of the replacement. The DePuy hip lawyer will show how DePuy did not correct the flaw after they became aware of the problem. A DePuy hip lawyer is also likely to claim that DePuy failed to notify doctors or their patients in a timely manner that there is such a high risk of potential problems with their hip device.

If you or someone you know has had a DePuy ASR, ASR XL, Pinnacle or other metal-on-metal hip device installed, please fill out the contact form on this page or call us at 1(866) 483-2649 for a free no-obligation evaluation of your case. The consultation is free and it is important to speak with a DePuy hip lawyer soon as the law does limit the time to file a DePuy hip replacement

According to attorneys on the case, Johnson & Johnson has agreed to offer a settlement of nearly $2.5 billion to resolve pending lawsuits about its faulty metal-on-metal hip implants.* The settlement will require approval by the court, but it is expected to be announced in a the U.S. District Court of the Northern District of Ohio, the site of the multidistrict litigation, today according to court documents.**

The specifics of the plan are to vary on the amount of time the patient had the implant, with some patients receiving more and others receiving smaller amounts.* The typical patient will receive around $250,000 under the plan, according to sources.* The plan should cover approximately 8,000 patients who were forced to have the hip implant removed and replaced with another product.

The DePuy ASR implant is one of the faultiest medical devices sold in recent years, with about 40 percent of implants failing within 5 years, nearly a third of the time they should last a patient.*

“This settlement offer is great news for our clients and others who have been injured by the ASR hip implant. These monies will go a long way in helping patients get back to a normal life,” says Darren Miller, founding attorney of D. Miller & Associates, PLLC.

According to internal documents, Johnson & Johnson executives knew of a critical design flaw in the Articular Surface Replacement (ASR) hip implant years before it was recalled in 2010. The documents were disclosed during a trial related to the device’s high failure rate during the plaintiffs’ lawyers opening argument.
The ASR implant, manufactured by Johnson & Johnson’s DePuy Orthopaedics division, came on the market in the United States in 2005. Concerns about the device started shortly after, when surgeons started noticing that the implants were failing early. Despite the complaints, DePuy continued to push the sale of the unit. In 2007, the device failed an internal test comparing its performance to that of other hip implants. The ASR’s flaw was in the design of the cup component. The metal cup and ball rub together and corrode, causing metal shards to be released into the surrounding blood and tissue. This can often lead to dangerous, even fatal, side effects. Even with this data, the device was not recalled until 2010.
It is estimated that about 40% of patients who received the ASR implant will have the device fail within five years, eight times the failure rate of most hip implants. This failure rate is even higher than was suspected at the time the device was recalled. ASR implants were used on 93,000 patients worldwide with about 28,000 done in the United States. Around 10,000 lawsuits have already been filed against Johnson & Johnson for their defective hip implants.

Jury awards $8.3 million in first J&J’s DePuy hip trial
March 8, 2013 – A Los Angeles jury has awarded $8.3 million in compensatory damages in the first lawsuit against Johnson & Johnson for their DePuy ASR XL hip implant. The jury stated that the metal-on-metal implant was defectively designed and J&J was negligent. The jury also decided that DePuy properly warned of the risks and therefore did not owe punitive damages.
The plaintiff said that his ASR hip caused him to have additional revision surgeries as well as suffer from metal poisoning. His attorneys argued that DePuy failed to test the device before selling it in the U.S. in 2005 and downplayed the complaints of failures. The ASR hip was approved by the 510(k) clearance, which allowed the device to come to market without human testing due to its similarity to other hip implants. Because of this, the FDA issued new guidance for metal-on-metal hip implants which would make all metal hip implants ineligible for 510(k) clearance.
J&J recalled 93,000 DePuy ASR hip implants in August 2010 when 12 percent of the devices failed within five years. Current estimates now put the early failure rate at more than 40 percent, eight times the failure rate of most hip implants. This lawsuit marks the first of more than 10,700 lawsuits filed against J&J for their ASR hip. The verdict of this first trial proves that these injuries are substantial and the value for these lawsuits will be substantial. These lawsuits are expected to cost J&J billions of dollars to resolve.
D. Miller & Associates, PLLC, who represent clients affected by defective hip implants, is encouraged by this verdict and hope it will be a sign of what can be expected with future ASR lawsuits. By contacting an attorney at D. Miller & Associates, you will receive a free consultation to see if you can receive compensation for all of the medical costs and pain and suffering you have experienced from J&J’s defective devices.

Houston, TX April 9, 2013 – Orthopedic surgeon, Dr. Thomas Schmalzried, was the first defense witness to testify in the second lawsuit brought against Johnson & Johnson subsidiary, DePuy Orthopaedics, Inc. for their recalled ASR hip implant. In the second of more than 10,000 lawsuits, the plaintiff alleges that the ASR hip implant was defective and caused severe injuries that required a revision surgery.

Schmalzried testified on behalf of DePuy and stated that the devices were properly designed and developed but that he wouldn’t recommend the implant today were it still on the market. Schmalzried also testified during the first DePuy ASR trial which resulted in an $8.3 million award for the plaintiff. During that trial, he testified that he had no knowledge of the company department that collects and monitors all complaints for the metal implants and added that he no longer implants metal-on-metal devices. There has been some speculation as to whether Schmalzried has helped or hurt DePuy’s case with his surprising testimonies.

DePuy has marketed the device as safe, however, it is estimated that about 40% of patients who received the ASR implant will have the device fail within five years, eight times the failure rate of most hip implants. This failure rate is even higher than was suspected at the time the device was recalled. Evidence has emerged during these trials that suggest that the device was defectively designed and that Johnson & Johnson failed to properly warn about its risks.

D. Miller & Associates, PLLC continues to accept new clients for defective hip implants. In many cases, those affected by these implants need painful revision surgery and even then, they may still experience pain and trouble walking. By contacting an attorney at D. Miller & Associates, you will receive a free consultation to see if you can receive compensation for all of the medical costs and pain and suffering you have experienced from Johnson & Johnson’s defective devices.

Founded in 2002 by attorney Darren Miller, D. Miller & Associates, PLLC is a premiere national law firm with practice areas in personal injury, asbestos and mesothelioma, defective drugs and devices, business and criminal law. Based in Houston, Texas, the attorneys at D. Miller & Associates, PLLC, have successfully earned their clients compensation through aggressive litigation against even the most powerful of defendants. For a free legal consultation, contact the firm at 1-855-PRO-LAWYERS or at marketing@dmillerlaw.com. For more information, visit our website at www.dmillerlaw.com. 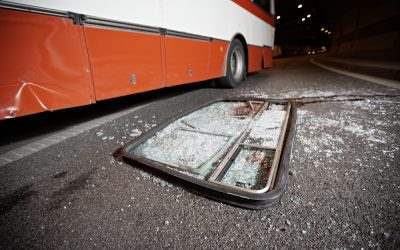